Don’t give Alberta a blank cheque to privatize health care 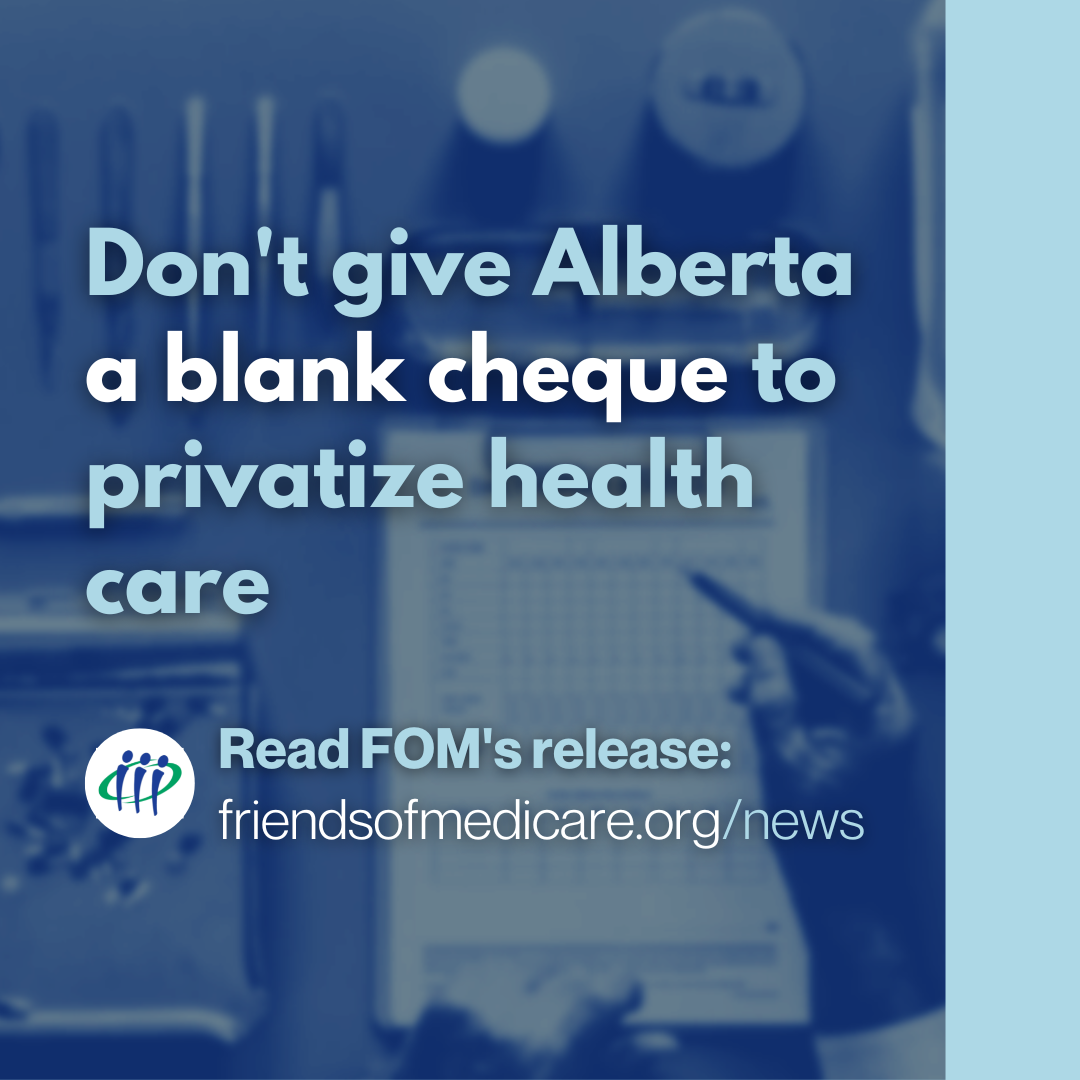 Thousands of kids are sick in this province and across Canada, putting unprecedented strain on our hospitals. Yet rather than responding to calls for action from the AMA Pediatrics section, health care workers, advocates, and families here in Alberta, Premier Smith instead joined other Premiers from across the country to ask for more money from the federal government.

“Families are experiencing massive delays at emergency departments, a trailer has been set up outside the Children’s Hospital to help triage, and children’s hospices and respite care have had to be shut to reassign staff to help,” said Chris Gallaway, executive director of Friends of Medicare. “But rather than putting in overdue public health protections to reduce the spread of viruses in families and schools, or using some of the $13 billion provincial surplus to respond to the crisis in pediatric health care, the premier spent today blaming Ottawa.”

Premier Smith and her Health Minister continue to ignore calls from Friends of Medicare and the union leaders representing over 122,000 health care workers in Alberta to meet about the staffing crisis facing our public health care system and the need to establish an immediate and long-term workforce plan for health care in our province.

“Alberta remains in an urgent situation that requires urgent action to deal with the widespread short-staffing, worker burnout, and closures impacting our entire public health care system,” said Gallaway. “This must include putting an end to the government’s failed privatization agenda which is only causing chaos and worsening the dire staffing situation facing our public system. “

As multiple crises continue to challenge our public health care system, the UCP government has kept full steam ahead with their agenda of privatization. Last week, the majority of Alberta’s community labs were turned over to DynaLIFE in a sweetheart deal earlier this week, and plans for further privatization in surgeries and home care are continuing to be pushed forward.

“This UCP government cannot be trusted with a blank cheque. We’ve seen it before, when the provincial government failed to disclose how they used federal COVID-19 funding,” said Gallaway. “Handing this government more money with no strings attached will only accelerate privatization of our health care. We need accountability measures to ensure that any additional funding is allocated to improving access and patient care, and not to proliferating private profit.”

Canada’s health coalitions, including Friends of Medicare, have been supportive of the need for a new health accord, but insist that a funding agreement come with firm accountability and transparency mechanisms. Friends of Medicare renews our call for the negotiation of a new Health Accord, including: