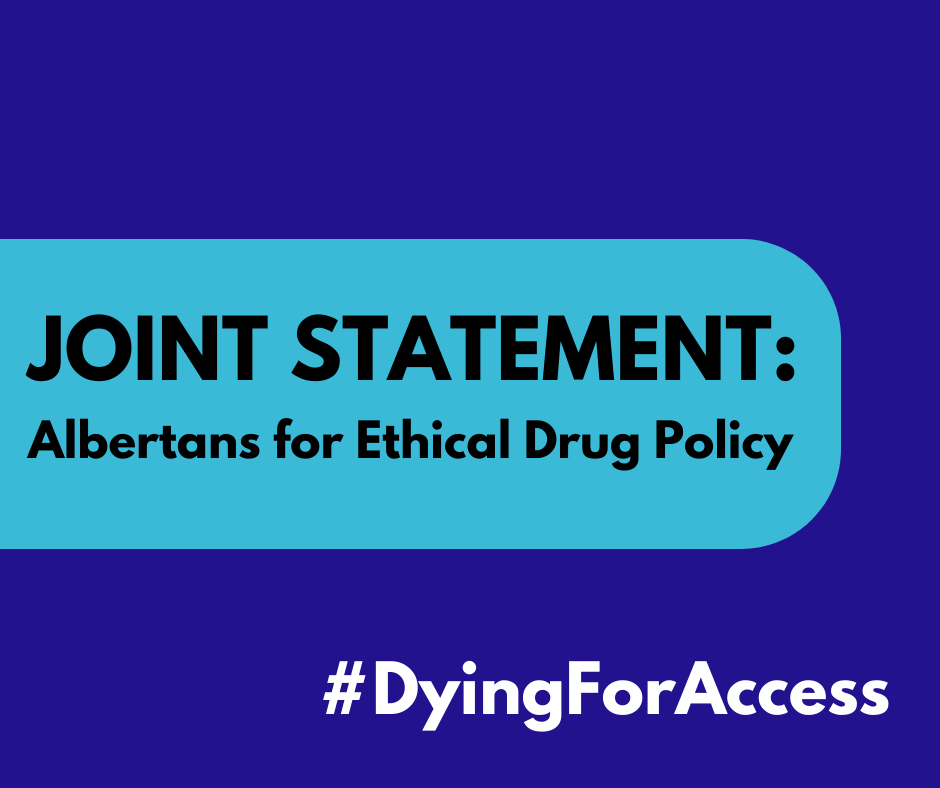 Albertans who use drugs and their allies will hold the second Dying for Access event in Edmonton at 12:00 PM MST on November 29, 2022, at the Legislature Grounds.

Coinciding with the re-opening of the Alberta Legislature, this rally is a call for the government to take urgent action on the ongoing drug poisoning crisis that continues to kill more Albertans aged 25 to 39 than any other cause of death.

From January to August 2022, there were 976 reported drug poisoning deaths, higher than the same period in 2021, Alberta’s deadliest year on record. Drug poisoning-related ambulance dispatches and emergency room visits continue to rise, adding strain to a system buckling from COVID-19 and other respiratory illnesses. In October alone, over 500 Emergency Medical Services calls were for drug poisoning: ambulances were prevented from attending other calls while our government failed to mitigate drug poisoning.

With unregulated drug supply driving 96% of deaths, a single-minded focus on treatment is not the answer, as people do not live long enough to get there. Last winter, former Chief Medical Officer of Health Deena Hinshaw presented clear data to the Safe Supply Committee showing that prescribing is not responsible for the increased mortality we are seeing. Still, the government continues to shift the blame to opioid prescribing.

To address the toxic supply, we have to provide regulated substances to people who need them. This does not mean giving up on treatment or recovery: on the contrary, it gives people a chance to get there. Recently published research shows that provision of regulated substances reduces not only drug poisoning events but also acute care use and police interactions, with no measurable collateral harms. Community and business associations in Calgary recently announced their support for this approach, integrated with a distributed model of low-barrier overdose prevention sites, drug checking and acceleration of housing investments to mitigate the harms of houselessness.

Instead of providing regulated alternatives to the toxic street supply, the Alberta government is making these medications less accessible with the announcement of the Narcotic Transition Service (NTS). The NTS prevents physicians working outside of a few centralized AHS Opioid Dependency Program (ODP) clinics from prescribing such medications to their patients. This move is particularly harmful to people living in already-underserved rural and remote settings, including Indigenous communities. Concerns from primary care physicians were detailed in a Globe & Mail Op-Ed.

In addition to prescribing restrictions that force people onto the street drug supply, the government continues its war on supervised consumption sites, by raising barriers to access sites, failing to open promised new sites, and failing to re-open closed sites.

However, the frequently proclaimed new detox and addiction treatment services have not materialized, while existing services have failed to adjust to the changing realities of the crisis. Families wait weeks and months for loved ones to access services that often do not fit their needs. Every barrier to accessing evidence-based services is an additional risk factor for death and causes additional strain on our already-burdened health system.

Our open letter to the Associate Minister of Mental Health and Addictions, asking for data transparency on addiction treatment services, remains unanswered six months later. Millions have been invested with the apparent intention to evaluate the efficacy of these dollars. Assessment of treatment options for loved ones and evaluation of the efficacy of the Alberta government’s chosen policy directions relies on timely access to services and data transparency in the following areas: access to treatment, regulation of treatment, critical incidents and performance evaluation. This data is either not collected or not made available.

To address the ongoing crisis, we call on the Government of Alberta to

Drug poisonings kill more Albertans aged 25 to 39 than any other cause of death, and the barriers to evidence-based services will keep it that way.

Signed by Albertans for Ethical drug Policy, including the following organizations:

Canadian Association of People Who Use Drugs (CAPUD)