Written by Friends of Medicare
October 18, 2022 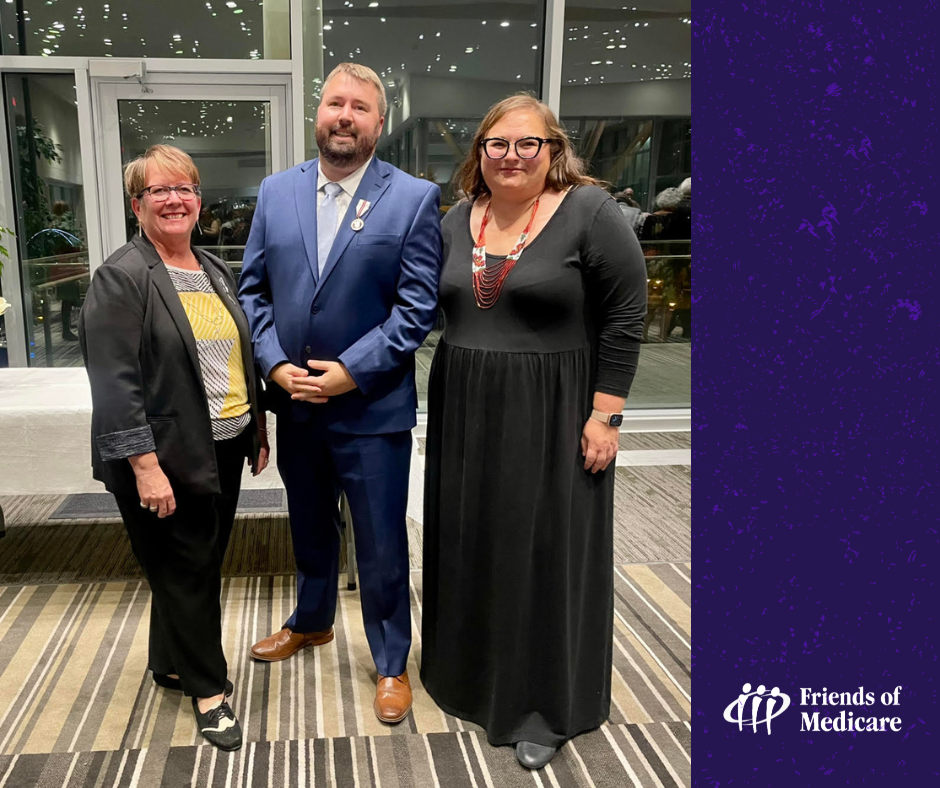 The Queen Elizabeth II’s Platinum Jubilee Medal is being awarded to 7,000 Albertans in recognition of their significant contributions to the province. 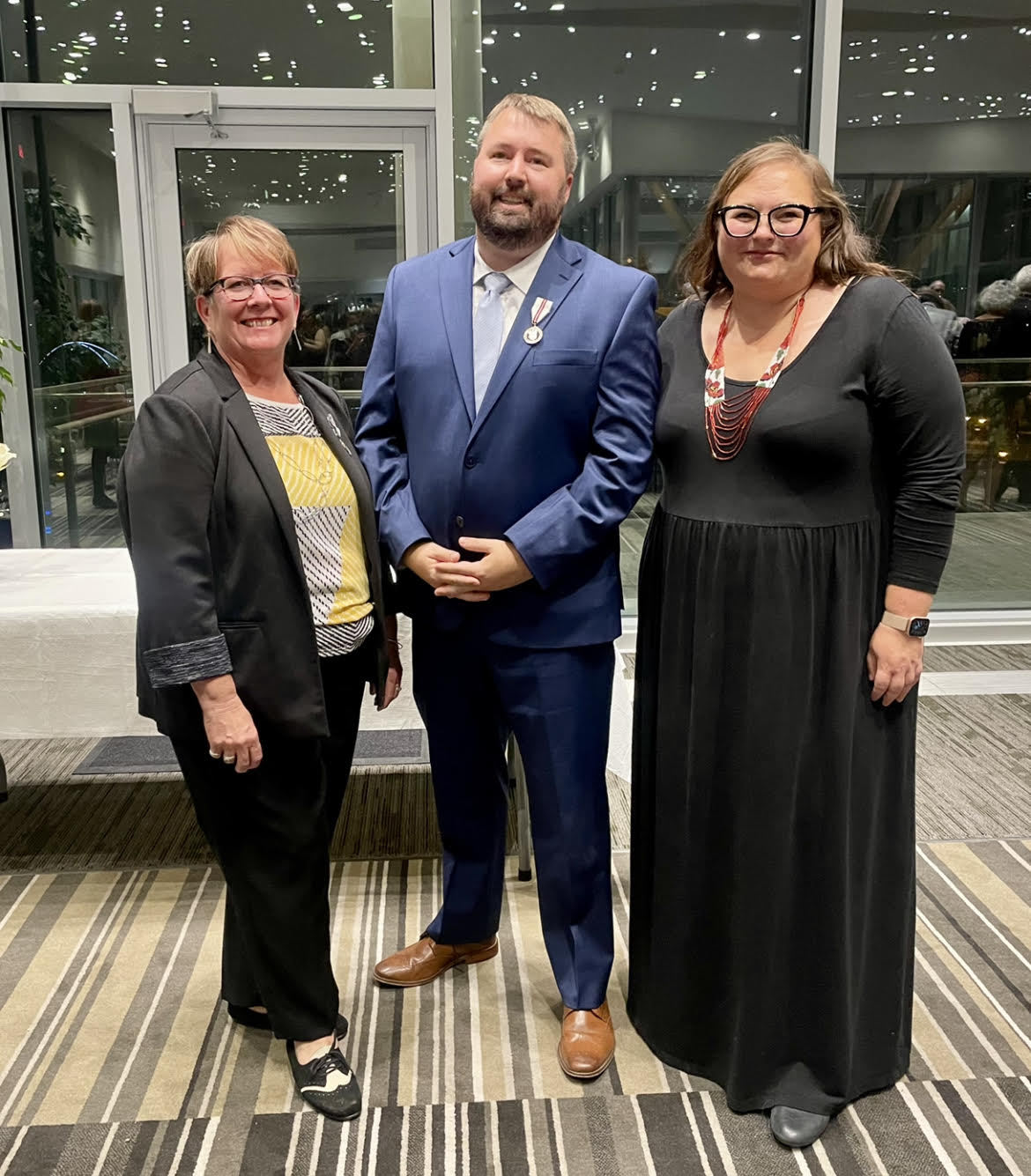 On Monday evening, a Presentation Ceremony was held at the Queen Elizabeth II Building in Edmonton to award the Queen’s Platinum Jubilee Medal to a dozen Albertans. Included in the ceremony was Friends of Medicare's executive director Chris Gallaway.

The medal was presented by the Honourable Sarah Hoffman, MLA for Edmonton-Glenora, who recognized Gallaway for his contributions to public health care and to all working Albertans. During the award ceremony Hoffman provided these remarks:

“In his role as Executive Director at Friends of Medicare, Chris Gallaway is a prominent voice for protecting and strengthening our public health care system in Alberta. He is a long-time advocate for workers’ rights and an active community volunteer engaged in social justice and the arts.”

Public Medicare was an important theme at Monday evening’s event. Pauline Worsfold, Chair of the Canadian Health Coalition and long-time registered nurse here in Edmonton, was also awarded the medal for her decades of work to defend and strengthen Canada's public health care system.

You can join Chris and Pauline at an upcoming Virtual Lunch & Learn hosted by the Alberta Federation of Labour. Join them for an important conversation about Expanding the Medicare Umbrella on October 25 from 12:00 PM to 1:00 PM! 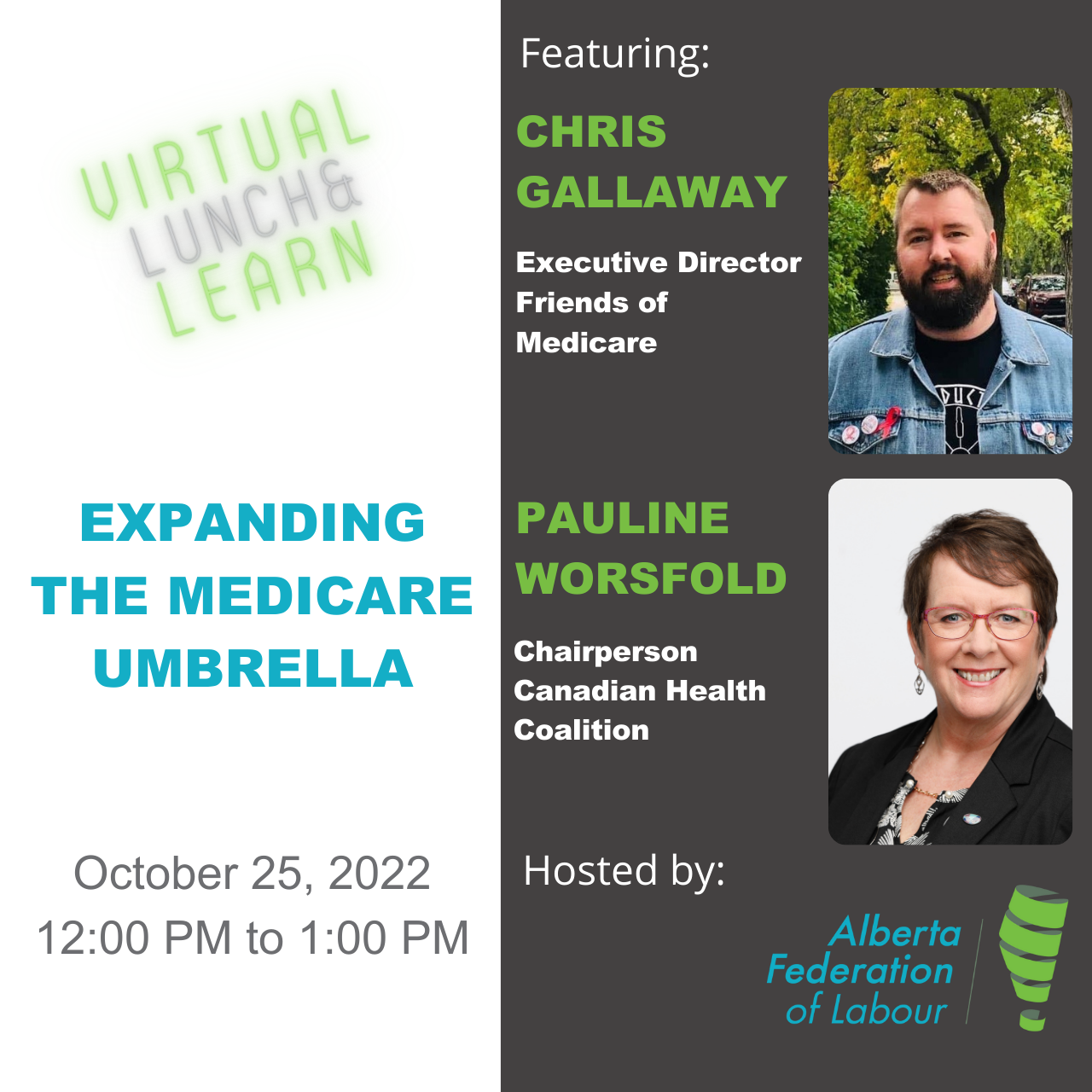