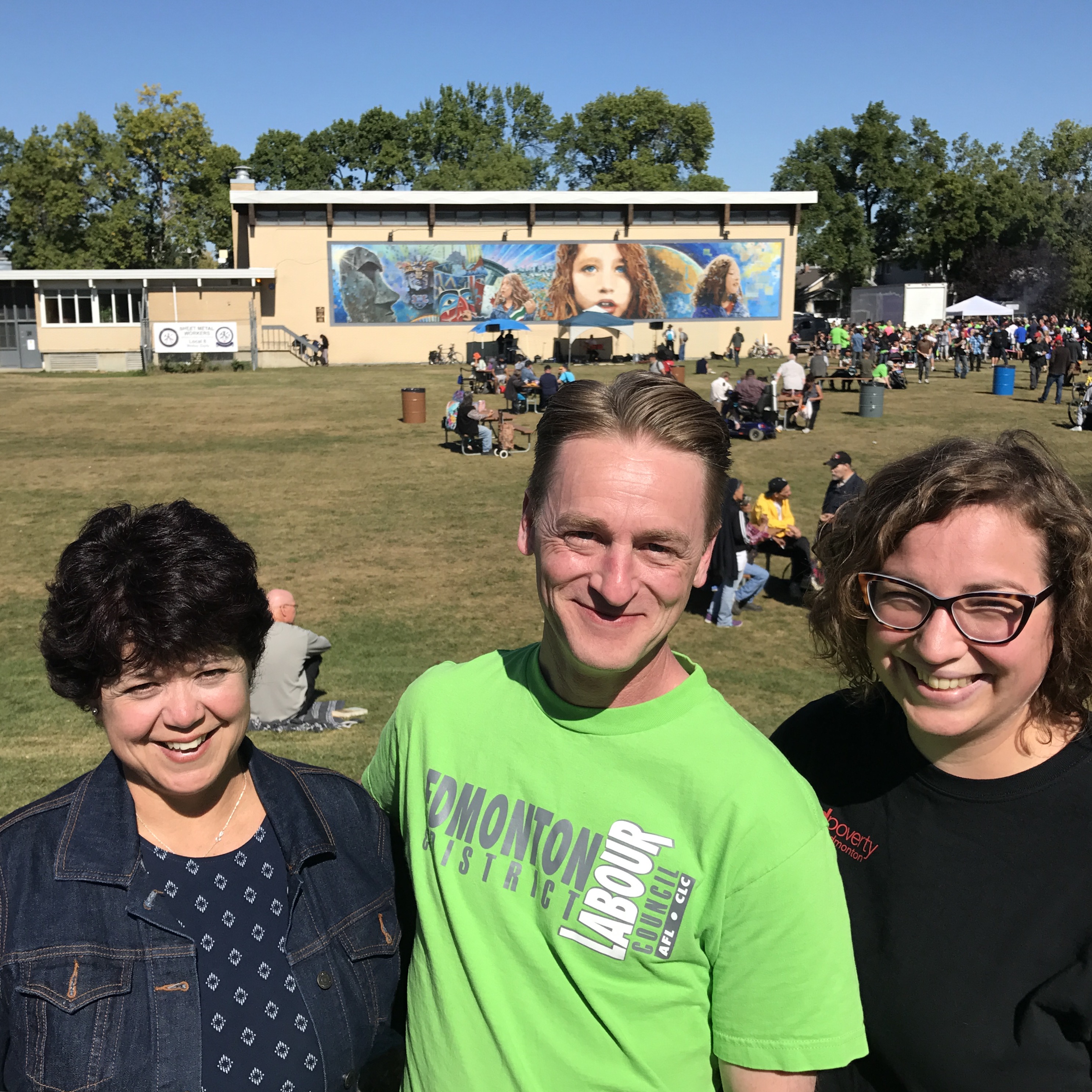 At today’s annual Labour Day barbecue for the unemployed and underemployed organized by the Edmonton & District Labour Council, the EDLC, End Poverty Edmonton & Friends of Medicare are calling for action on universal prescription drug coverage to help fight poverty in Alberta.

“One in five households in Alberta experience financial barriers to getting their prescribed medication. While many of our members have workplace benefit packages with some prescription drug coverage, one third of Alberta’s workers don’t have health benefits,” said EDLC President Bruce Fafard. “We need action from our federal government to coordinate with the provinces on a universal prescription drug plan, which will make life more affordable, and ensure more peoples’ health needs are met regardless of their income or work status.”

“In Edmonton, over 100,000 people are earning $15 per hour or less. A majority of them are older than 25 years old. This work is often precarious and without benefits,” said Dr. Louis Francescutti, EndPovertyEdmonton member and emergency room physician. “A universal prescription drug plan is one part of a broad based poverty strategy that can help those in need. People should not have to choose between groceries and the medications they need.”

“Canada is the only country with a single-payer, universal health system that does not cover prescription drugs,” said Sandra Azocar, Executive Director of Friends of Medicare. “At the same time our drug costs continue to rise, with the USA being the only OECD country with higher costs than Canada. Our medicare system was set up to be there when we need it, regardless of the contents of our wallets. We can make good on that principle and support people in poverty by moving forward on establishing a prescription drug plan for all Canadians.”