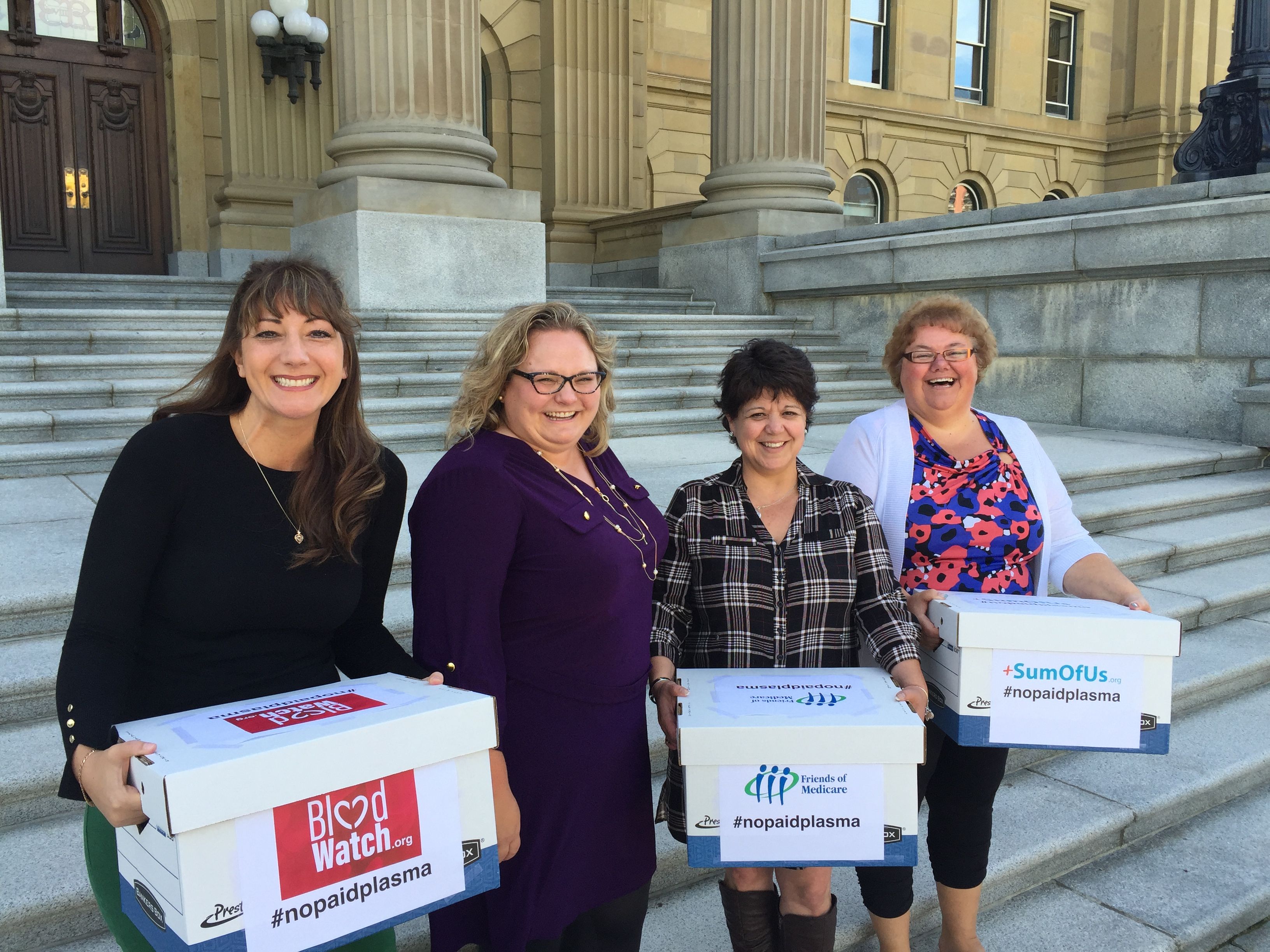 Friends of Medicare are applauding Alberta Minister of Health Sarah Hoffman on the introduction of Bill 3, the "Voluntary Blood Donations Act", which aims to protect the voluntary blood and plasma collection system in Alberta by banning the sale of plasma in the province.

"We are pleased to see our provincial government show leadership today. Friends of Medicare have been advocating for legislation like this since last years news of a for-profit company setting up to pay for plasma in Saskatoon," said Executive Director Sandra Azocar.

"The time to act is now. We have a private company looking to profit from vulnerable Canadians without any guarantees that their blood plasma will go to Canadian patients. Minister Hoffman has been a great ally of advocates for our voluntary system, and today's introduction of Bill 3 sends a message that Alberta stands behind our voluntary blood & plasma system managed by Canadian Blood Services," added Azocar.

If Bill 3 is adopted Alberta will become the third province to ban the sale of plasma.

"The Krever inquiry into Canada's 1980s tainted blood scandal, as well as the World Health Organization and many other bodies recommend voluntary collection of blood & plasma. This is about securing our supply and supporting Canadian Blood Services," continued Azocar. "When a similar bill was introduced in Ontario the Liberal, Conservative, and NDP MPPs unanimously supported banning the sale of plasma. We hope to see all MLAs in Alberta do the right thing and support Bill 3."

"Our bodies should not be for sale, whether it be blood, organs or other tissues. Albertans pride themselves on their generosity, and we should always aim to meet these medical needs through voluntary means."