Yesterday, Alberta Health Services released a Request for Proposals (RFP) for ophthalmology chartered surgical facilities. The RFP is set to close mid-May 2021, and a contract will likely be awarded in fall 2021. While Albertans are trepidatiously looking towards the light at the end of the COVID-19 tunnel, this government is barreling forward with their agenda of privatizing the very public health care system that we have all relied on throughout this pandemic.

This move to further privatize Alberta’s ophthalmology services, a sector that is already heavily privatized, follows the recommendation of EY (Ernst & Young), the high-priced accounting/consulting firm contracted by the Alberta government to conduct the performance review of AHS last year. The Health Contacting Secretariat, a new role that was also awarded to EY as of August 2020 (based on their own recommendation), is responsible for overseeing AHS’ RFPs.

“Albertans know we’re in trouble when Ernst & Young, the company that recommended sweeping privatization of our health care system, is being tasked with overseeing health care delivery decisions while our elected politicians sit back and watch their ideological pursuit of privatization take shape,” says Sandra Azocar, Executive Director, Friends of Medicare.

The government and AHS continue to perpetuate the narrative that no Albertan will be required to pay out of pocket for scheduled, publicly-funded surgeries, either in-hospital or in a chartered surgical facility. However, Albertans have never been provided any evidence to suggest that contracting out our surgeries is less expensive, or more importantly, better for patients. Instead as we’ve seen, private contracts mean that the public loses out on transparency and accountability under the guise of “commercial confidentiality,” and results in secretive and unpredictable health care costs contingent on market prices. The myth of private care is that it is supposed to serve more patients quicker, but the reality is that financial incentives for procedures lead to patients who are upsold and over-referred in place of those who are truly in need.

Actual figures as to how much will it cost to perform cataract surgeries in the private sector compared to the public has not been shared with Albertans, however a recent similar initiative in Ontario revealed contracted cataract surgeries will cost the province at least 25 per cent more per operation than if they were provided in hospitals.

Alberta has been down this road before, when previous governments sought to privatize ophthalmology and other surgical services under the guise of efficiency, and the claim that contracting services will help to address lengthy wait times in the province. Yet time and again we have seen that contracting out services only adds to the complexity and inequity of the system, and Albertans have been forced to suffer the repercussions of ideological experiments with our health care: in Calgary Zone, where over 80 percent of all non-urgent cataract surgeries are done in the private sector, we consistently see wait times that are months longer than those in the Edmonton area, where the majority of cataracts are completed in the public sector (see graphs below).

The RFP also indicates that health care workers from AHS will be working in the chartered surgical facilities, which strikes at the core issue of wait times: regardless of the number of beds available or who is delivering them, health care workers are a finite resource. Especially now, while our health care system has been pushing the limits when it comes to capacity, while doctors are leaving the province, and while the government has been clear about their plans to eliminate thousands of health care positions, siphoning workers to staff private facilities can only worsen our existing human resource problem.

“This move by the government is a tired old privatization strategy dressed up as “innovation.” It was virtually the same policy decisions that wrought the problems that we’re still dealing with today in terms of surgical services,” says Azocar. “They’re trying to fix an already over-privatized system by bringing in even more privatization. It is completely absurd, and a real disservice to Albertans who need and deserve access to quality, timely, equitable ophthalmological care.” 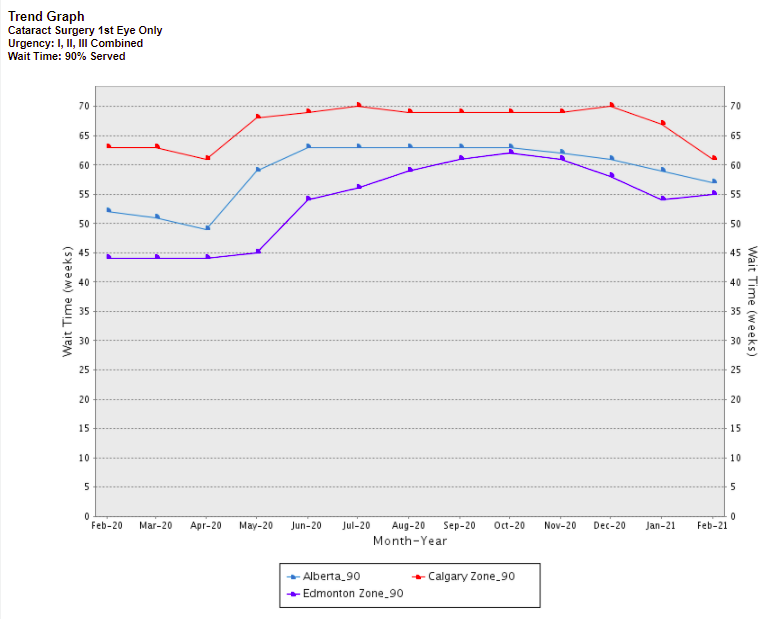 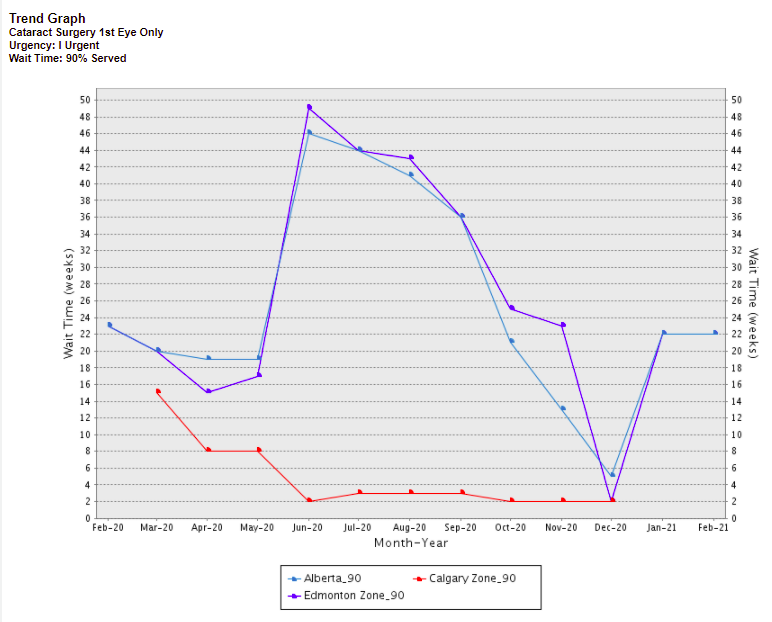 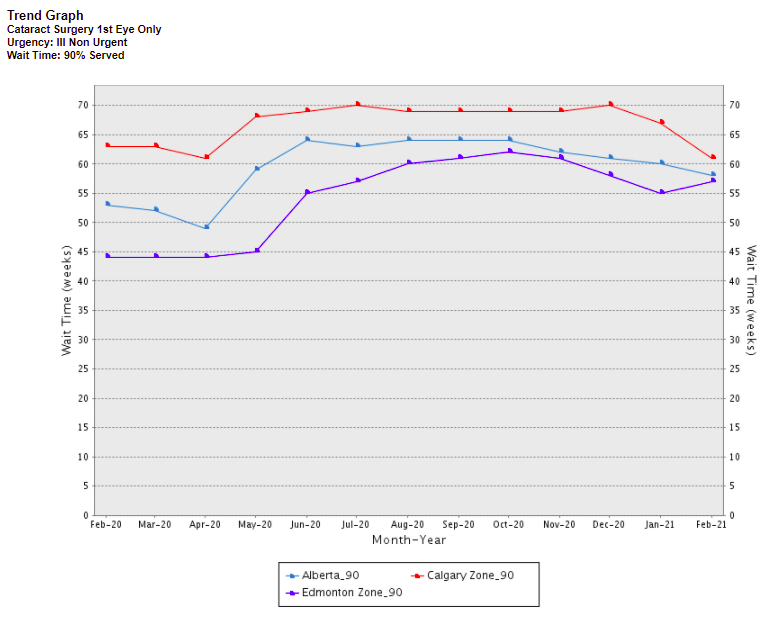