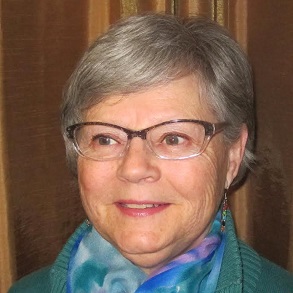 In September 2008, I received the call no one wants to receive: my annual mammogram had disclosed a mass that was likely a tumour, and a subsequent biopsy revealed that it was an invasive ductal tumour.

I was operating my own consulting firm when the mammogram revealed the cancer, and I was also caring for my elderly mom. I had almost considered putting off my mammogram for another year, but something in the back of my mind kept telling me to get it done.

Everything happened quickly from the time of my diagnosis to receiving a treatment plan. I had always been a huge advocate for public healthcare, but despite having worked previously as a VP in healthcare human resources and understanding its organizational structure, I felt like I was navigating a maze.

I had three surgeries in a year.  The public health system allowed me to face this gauntlet expecting that finances would not be a barrier to receiving the care that I needed to beat the cancer.

It was only after my second surgical recovery that I discovered significant costs that were not covered by Alberta Health. Because of previous surgery which required the removal of my spleen, I had to have an injection of Neulasta after each chemotherapy treatment at a cost of $2,500 per injection. The Neulasta was administered through a predetermined series of shots, and the treatment required full commitment up front. Partial treatment was not an option.

I was distressed by the price and appalled to learn that Neulasta would not be covered by provincial healthcare.  My consultation occurred on a Thursday and the chemotherapy was scheduled to start the following Tuesday.  Where would I, as a retiree, find $10,000 for four treatments? Fortunately, my husband’s retiree benefit plan through Blue Cross covered a percentage of the cost. However, it came with the warning that it was an once-in-a-lifetime benefit. If I ever need it again, I will have to pay for it myself. The Trillium fund was the real life saver, since it covered the portion Blue Cross didn’t pay for the Neulasta.

Still, in total, my husband and I incurred around $10,000 in expenses for travel, accommodation, medications and medical care products, so I often wonder what will happen if I have a recurrence and need treatment again. I don’t think that any cancer patient should have to worry that the cost of medications will stop them from receiving the best treatment, care or support that they need to fight and endure this terrible disease.

The public health system was there for me when I needed it with exceptional care from a host of providers and no long waits for diagnostics, surgery or treatments.   However, the additional significant cost of a specialized medication could have derailed my entire treatment plan and I realize it could be a very different story for others without additional medical insurance.  I also know that it will be a very different story for me if I should be faced with a recurrence of Cancer.  I will be faced with a $10,000.00 bill or more if a Neulasta regime is required.  It’s exactly circumstances like these that highlight the need for a national universal prescription drug plan, and experiences and stories like this are what helped motivate me to get involved in Friends of Medicare.

Have a medicare story of your own? Send us an email at [email protected]