Our Premiers Need to Speak up!

You're invited to stand for medicare in Edmonton at the Council of Federation meeting of Canada's Premiers.

On Wednesday, July 19 at 11 am, representatives of the Canadian Health Coalition, along with allies from across the country including Alberta's Friends of Medicare will gather outside the Premiers' Council of the Federation meeting at the Hotel Macdonald for a public event to highlight why we need fair funding for our medicare system.

We plan for a colourful and spirited rally - organizations are encouraged to bring their flags and banners!

The Trudeau government failed to negotiate a national health accord and instead pressured provinces into take-it-or-leave-it side deals that will see provinces lose out. Here in Alberta we stand to lose $3.43 billion over 10 years. This could have covered 524 new public long-term care spaces each year!

Similar examples will be highlighted for other provinces to show the real costs to our system of the federal government neglecting their responsibility to fund their share of medicare.

Join us outside the Hotel Macdonald at 10065 100 St which is accessible by transit. Pay parking is located outside the Marriott hotel a block east on Jasper Ave and at the Stanley Milner Library. 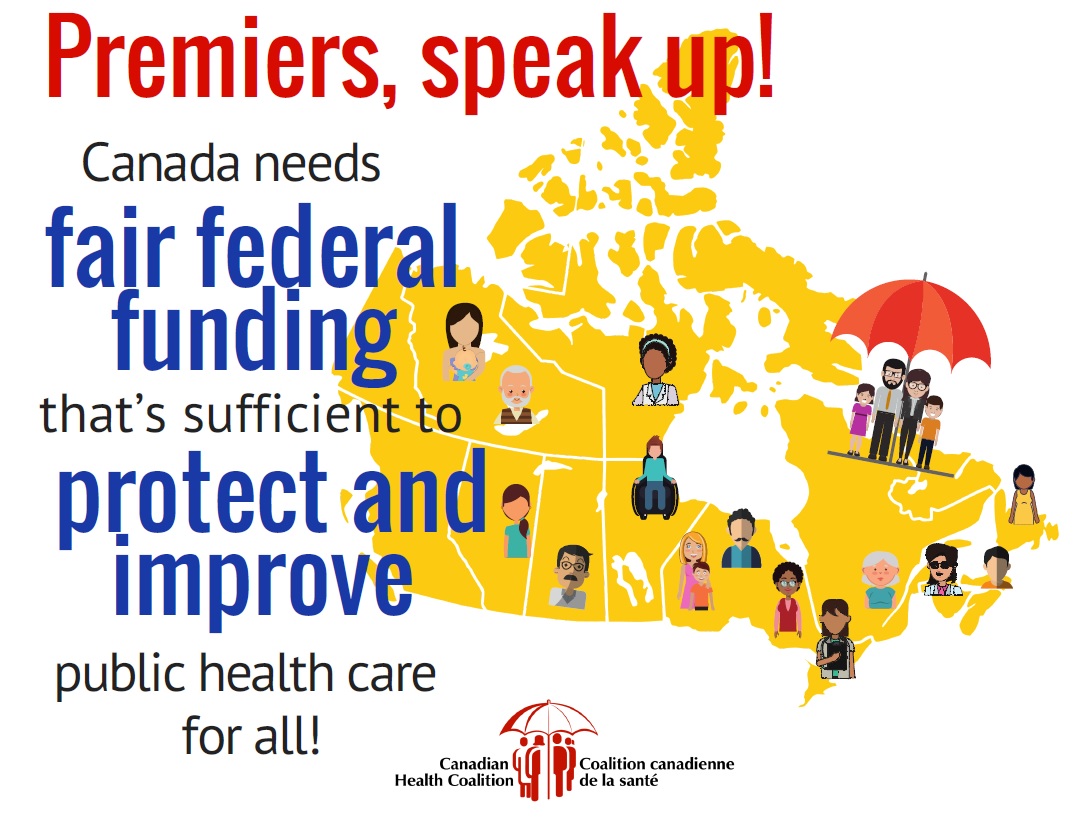