Written by Friends of Medicare
February 24, 2020 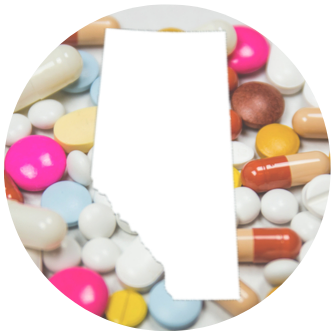 The Alberta Pharmacare Working Group (APWG) is encouraged by the tabling of Bill C-213, An act to enact the Canada Pharmacare Act. This private member’s bill, introduced by Peter Julian, MP for New Westminster-Burnaby, proposes the framework for the implementation of a national pharmacare program modeled after the Canada Health Act, and founded in the principles of public administration, comprehensiveness, universality, portability and accessibility.

Alberta, as a province with a patchwork of 23 public drug and supplementary benefit plans, is a stark example as to both the costliness and ineffectiveness of our current fragmented model of drug coverage. As a result, nearly one quarter of Alberta households report financial barriers to accessing their prescribed medications. Moreover, the Alberta government has recently announced that, in the interest of savings, they will be making changes to the Seniors’ Drug and Supplementary Benefits program. This change to eligibility requirements is anticipated to leave 46,000 non-senior dependents without drug coverage when it is implemented in March.
“Albertans are among the 90 percent of Canadians who want a national prescription drug plan for Canada.” says Judy Lederer, President of the Edmonton Area Council of the Congress of Union Retirees of Canada. “Individual Albertans have sent hundreds of letters from every corner of our province to the new Federal Minister of Health asking for the implementation of a National Pharmacare Plan. They know it will save money and save lives.”
Following the 2019 federal election, we find ourselves in an historic moment that cannot be squandered. The implementation of a national pharmacare plan would the first major expansion of our public health care system since the inception of Medicare. “This is a critical opportunity for all federal parties to come together and finally implement a national, universal pharmacare program which is 60 years in the making,” states Sandra Azocar, Executive Director of Friends of Medicare. “The member organizations of the APWG expect all federal parties to act accordingly and to support this instrumental bill.”
“Rather than short-term solutions that leave people to fall through the cracks, we need a long-term vision for the health and well-being of all,” says Joel French, Executive Director of Public Interest Alberta. “Pharmacare will ensure that all Canadians have access to the medications they need, independent of factors including age, marital or employment status, or where they live.”
If provincial and federal representatives are interested in finding savings when it comes to ever-increasing drug costs, and ensuring that all Albertans and Canadians have equitable and affordable access to the medications they need, they will lend their full support to this bill. Members of the APWG will be watching the upcoming Federal Budget closely to see whether the federal government will honour its promise to Canadians and finally implement a national, universal pharmacare program.
- 30 -
The Alberta Pharmacare Working Group (APWG), which is comprised of a coalition of seniors', labour and advocacy organizations, has been working to bring attention to the need for a national, universal pharmacare program.