This story isn't mine it's actually my sister's.  She's deceased, unfortunately, so I will speak on her behalf.

When my sister, Angela Ann Harrogate, was born on July 4, 1974, she had a hole in her heart and no rectum. This meant that she had to be given a colostomy and spent the vast majority of her early years in and out of hospital due to various illnesses and complications of her condition.

Without universal healthcare, the cost of her health issues would have bankrupted my parents without question. The cost of her final surgery alone - the one that claimed her life just days before her 4th birthday - would have been prohibitively expensive. This was a surgery to close the hole in her heart, which (had she survived) would have enabled her to live a more fulfilled life and begin a far more regular childhood.

My sister died, but the cost of the care she required would have lived on past her death were it not for Canada's universal health care. Without that support, she likely would have died much sooner because they wouldn't have been able to pay for the initial treatments and hospital stays she needed during her all too few years.

No one should ever have to choose between their child's life and financial stability. Health care matters, and I look forward to the day that our federal government fully funds not only universal health care, but universal pharmacare, dental care, and optical care. 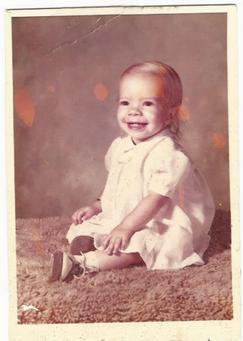