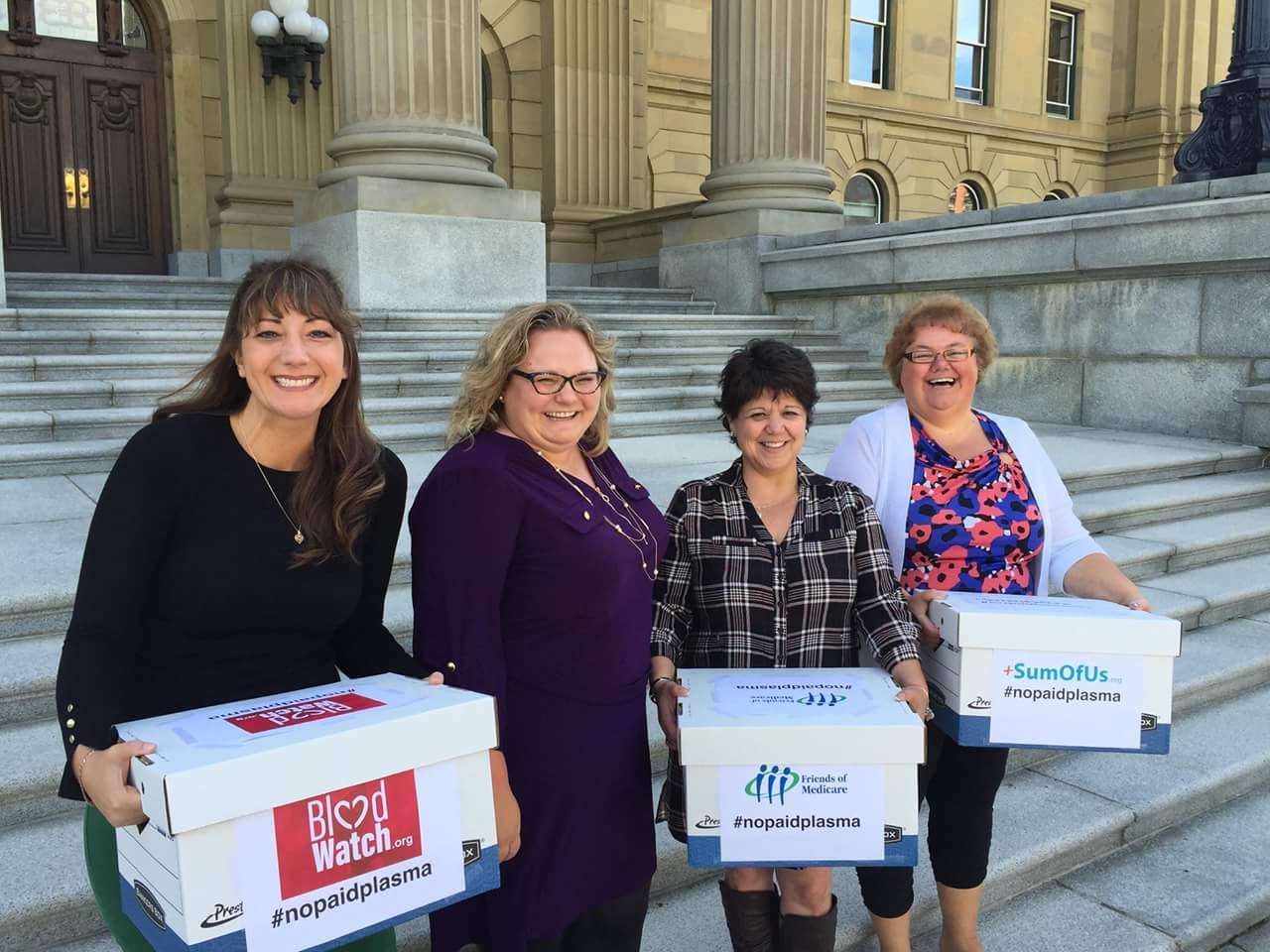 Expansion of Private For-Profit Care Not to be Applauded

Expansion of Private For-Profit Care Not to be Applauded

Friends of Medicare are calling on the Alberta government to change the public discourse when it comes to long-term care in Alberta in light of today's announcement highlighting the opening of a private for-profit continuing care centre approved by the previous government.

“Evidence is clear that for-profit facilities provide reduced care hours compared to their counterparts in the public sector. Experience tells us that staff face significant issues with for-profit companies like AgeCare. To top it off the public is kept in the dark with no transparency for the millions in operational funds that are handed over to these health profiteers,” said Executive Director Sandra Azocar.

Friends of Medicare are partnering with BloodWatch.org advocate Kat Lanteigne and touring Alberta September 12 – 16 to campaign in support of voluntary plasma collection and against the private for-profit plasma lobby.

Friends of Medicare are calling for accountability and transparency for private for-profit operators like Park Place Seniors Living in light of today’s announcement from Alberta Health that they will be opening 99 beds in Edmonton’s Villa Marguerite.

Friends of Medicare are calling on Jason Kenney and all future contenders in the PC Leadership race to be clear with Albertans on health care.

Despite a long record in politics and on health care Kenney did not talk about health care or where he stands on private or public care in his lengthy campaign launch on July 6.

Friends of Medicare are pleased to see the review made public today by the Ministry of Health. Having long called for a review of Alberta's Primary Care Networks, Friends of Medicare are now calling for follow through to address the issues raised. The review found "instances where the PCN Administrative Leads were receiving remuneration that was higher than the guidelines provided", "the appropriateness of PCN spending for physician compensation was not clear," and "instances where PCNs were using public dollars on expenditures that were inappropriate".

Last week our Executive Director Sandra Azocar was in Winnipeg to present to the Board of Directors of Canadian Blood Services. She urged for action to support our voluntary blood and plasma collection while saying no to paid plasma.

You can read the text of Sandra's submission here.

Private Health Care Not There for Albertans During Downturn

Private Health Care Not There for Albertans During Downturn

Friends of Medicare are renewing their call for an audit of all private boutique clinics in Alberta in light of reports from CBC news of Calgary's Copeman clinic "discouraging patients who can't pay special fees from seeing their (Copeman's) doctors."

Following today's CBC story on the Copeman clinic Friends of Medicare are calling on the Provincial and Federal Governments to take responsibility for protecting the interests of patients and our public health care system. The story highlighted instances of both patients and Alberta Health Services paying for services, with additional strain on our public purse through tax deductions for Copeman patients.