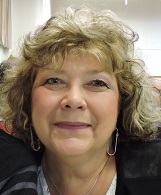 To our members and supporters,

If we haven't met yet I should introduce myself, I'm Karen Werlin, your new Treasurer with Friends of Medicare.

You probably read about our past Treasurer and long-time board member Elisabeth Ballermann moving on after her election to the Secretary-Treasurer position with the National Union of Public and General Employees.

Just recently retired from my work as one of the founding staff and office manager at Public Interest Alberta, I had decided to put some of my newly found free time towards the important work being done at Friends of Medicare. I joined the Board at the May AGM, and was elected treasurer at our September Board meeting.

Thanks to the work of our past board members and supporters like yourself we're in reasonable financial shape leading into 2017 (for a small non-profit, that is!)

With our sights on the coming year we know we've still got our work cut out for us.

Canadian Plasma Resources are nearing completion of their pay-for-plasma shop in Moncton, NB. We still don't have legislation in Alberta to ban the practice, and will need to continue the pressure on the federal government as well. This year Canadian Blood Services will be holding an open board meeting in Edmonton in June so expect to hear more from us around then.

Parkland Institute released essential evidence that speaks to the need for public long-term care in their "Losing Ground" report released in October, but we've yet to hear details or announcements from our provincial government to open any new public beds.

We will also be working with our federal counterparts in the Canadian Health Coalition to push for a national prescription drug plan, aka pharmacare, which would expand the principles of our Medicare system to needed prescription drugs, and save Canadians as much as $11 billion a year on drug costs. We see this as an essential piece to the new Health Accord in negotiation which should include greater federal responsibility for Medicare and strings attached for national standards.

The Council of Federation, which is the annual meeting of Canada's Premiers, takes place in Edmonton in July and we will be working to put Medicare on the map with much media and political attention on Alberta at that time.

We also have plans to increase our visibility as an organization, especially through online ad purchases to provide a greater presence for pro-public healthcare news in people's social media feeds (Trevor tells me these things work!)

We're also looking forward to our AGM in Edmonton this year and have plans to bring in a fantastic guest speaker. Expect news of the AGM soon with a date in May or early June.

This is only a sample of the work you should expect to hear more about through the year. We just met as a board to help set the direction of Friends of Medicare, including our fundraising goals of $27,500 through individuals like yourself.
As you recover from your holiday spending, please consider a contribution to renew your membership for 2017 and to support our ongoing work.
Thanks a lot!